Will filing a insurance claim in MD make my rates increase?

Many people who are involved in auto accidents ask the question; will my rates go up if I file a claim in Maryland?  Sometimes it will and sometimes not, depending upon factors having nothing whatsoever to do with claims, such as the business outlook for the insurance industry and the economy in general, including the stock market and bond investment experience for insurers. Credit rating going down can  have more impact on insurance rates than a claim.

The Maryland General Assembly has prohibited premium increases because of personal injury protection claims (PIP).  PIP covers the costs associated with one’s personal injuries (hence, the name), medical expenses associated with those injuries, lost wages. However, Maryland has not (yet)  prohibits premium increases because of other types of motor vehicle insurance claims that arise out of events for which the insured was not at fault.

Examples of no -fault/not-at fault accidents:

There was a recent incident in Maryland with State Farm quietly changing rates for “no fault” accidents. The Maryland Driver’s Alliance said, “State Farm began billing customers based on the rate increase and simultaneously notified customers of their right to protest the rate increase.  However, the ‘right of protest’ notification lacked certain details that are required under state law.  Since the notification did not conform to state law, the Maryland Insurance Administer has ordered State Farm to refund all premium increases that were charged for ‘not at fault’ claims.”

Will My Rates Actually Increase if I’m in an Accident?

Although it is legal for insurance companies to increase their premium rates if you submit a liability claim to an insurer, that doesn’t mean that your own insurance carrier will necessarily do so.

Larry Lapidus from The Lapidus Law Firm says, “Any raise in a premium rate due to an injury claim  would normally be a small fraction of the potential gain which could likely be obtained from a liability insurance carrier. And anticipating rate increase due to accident history is highly speculative since your company will want you to renew with them.

He continues, “Insurance sales is a highly competitive, volume business, more dependent for its profits upon the number of policies sold rather than the price per se. Nothing drives a customer away faster than a rate increase, making any increase problematic for the insurer. “

Since the incident with State Farm occurred, many insurance companies are apparently being more cautious than usual when it comes to increasing premiums for “not at fault” claims.  One would think that the expected negative public relations would cause insurance companies to refrain from seeking such increases, but such increases can occur.  Whether they, in fact, do occur is shrouded in mystery since the rate fixing process in Maryland is not transparent and not subject to public scrutiny.

If you are injured in an accident, don’t just assume the insurance company is handling your claim fairly. Reach out to Larry Lapidus and his team of tenacious Insurance Claim Lawyers. They’ll review your claim quickly at no cost to you and provide you with legal guidance if the insurance company is taking advantage of your lack of knowledge about the laws surrounding your case.

Call today to get started at (301) 852-7500 to.  Peace of mind is priceless, and you’ll rest easy knowing you had a professional investigate your claim 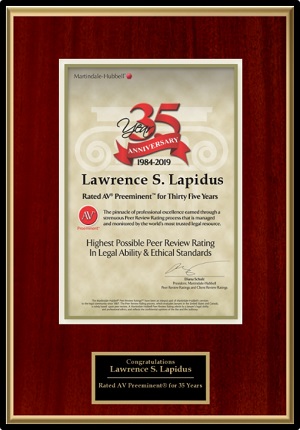